Three Industries Artificial Intelligence will Transform over the Next Decade

Three Industries Artificial Intelligence will Transform over the Next Decade 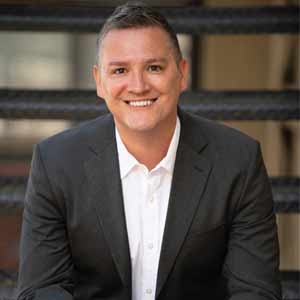 The following is adapted from Deep Tech.

Artificial intelligence as a field has existed in one form or another for centuries, but only in the past decade or so has it reached the critical point of going mainstream. No longer confined to science fiction, artificial intelligence (AI) is at work behind Amazon’s Alexa, Apple’s Siri, Google’s search engine, and many other technologies we use every day.

These applications of AI, while exciting, are only the beginning. Over the next decade, we can expect AI to transform many industries, including these three: agriculture, manufacturing, and the military.

Now that the Pandora’s box of AI has been opened, there are very few fields that artificial intelligence won’t affect in the near future. We’ll never stop finding new ways to add intelligence to dumb processes or inanimate objects.

With this transformation comes the chance to invest in and adopt these new technologies, but to seize the opportunity, you’ll have to first understand what to expect from the shifting landscape of industries.

The first industry worth exploring in relation to the rise of artificial intelligence is agriculture. Historically the largest industry, agriculture has long been in the crosshairs of innovative technologies. From plowshares to cotton gins to factory farming and GMOs, each innovation seems to increase yield and decrease the number of people required to work in this grueling sector. The influence of AI is expected to be no different.

One way AI will reduce required labor is through monitoring of soil and crop conditions and targeted deployment of solutions. For example, John Deere announced the acquisition of a company that leverages machine-learning vision systems to automatically spray weed killer directly onto plants, reducing herbicide use by 90 percent.

Several other companies, such as ecoRobotix, are creating chemical-free, mechanical weed-pulling robots. Many of these robots are also capable of targeted insecticide deployment, helping stave off many of the unintended consequences of overspraying, such as bee colony collapse. And speaking of bees, there’s now a pollinating robot called BrambleBee. Furthermore, nearly 90 percent of crop losses are due to weather-related events, and the task of weather prediction is tailor-made for big data and machine learning.

Monitoring all the details of million-hectare farmlands is daunting work for humans yet perfect for machines, which is why you can expect to see a massive intersection between AI and agriculture in the coming decade.

Next, let’s take a high-level look at how AI will impact manufacturing. Even in the early 1950s, automation was taking over manufacturing tasks in Henry Ford’s automobile factories. Our collective and persistent fear of automation goes back even further—just look at the Luddites of 1811, who famously destroyed high-tech cotton mills. 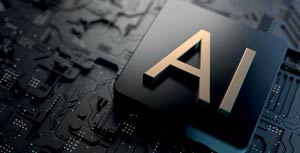 It’s true that automation, along with outsourcing, has contributed to a decrease in manufacturing jobs in first world nations. Still, over 8 percent of Americans earn a living in the manufacturing industry, which is over 11 percent of US GDP. Much of the technology needed to automate the remaining jobs currently exists: robotic arms, logistics machinery, quality control systems, and the like. So how will AI change things?

The introduction of AI into manufacturing takes automation to the next level by turning expensive specialty robots into general purpose cobots, or collaborative robots. Rather than huge, clunky welding robots, blind to the world and programmed for a narrow range of tasks, cobots can be taught many different tasks, retooling themselves automatically.

Cobots are also aware of their surroundings, capable of working side by side with humans on complex tasks. This allows cobots to slowly ease their way into a workspace and take over more work, limited only by an exponentially growing intelligence. Cobots may not be able to do all tasks, but they can do enough to bend that 8 percent of jobs down a few points while reducing waste, cost, and overhead.

Lastly, artificial intelligence will undoubtedly transform the military. For the military, AI poses a siren song that’s too attractive to ignore: perfect knowledge of world events from governments to battlefields, paired with robots that bend the casualties on your side toward zero.

AI can better support troops by improving training systems and creating novel curricula for war games. It can provide smart weapons and better intelligence, along with the more pedestrian benefits of industry, like optimizing logistic challenges in the world’s most challenging situations, or helping troops with maintenance tasks.

Autonomous weapons are increasingly augmented with AI, such as smart-camera-controlled tactical missiles. Even if control ultimately remains in human hands, the myriad of complexities that would take humans years to learn can be partially automated, allowing operation from fewer specialist hands, like flying attack drones. Moreover, the ability to correctly detect targets can drastically reduce collateral damage and innocent deaths.

These are only a few straightforward examples and may not even scratch the surface of the many uses for AI in the military. At the very least, increasing automation may allow countries to shrink their military budgets in favor of more civilian expenditures.

The Time to Invest in AI is Now

I’ve only scratched the surface of how AI will transform agriculture, manufacturing, and the military, and as you can see, the potential uses for the technology are myriad. Artificial intelligence is already making an impact on our daily lives and most profitable industries, and its influence will continue to grow.

Even if you don’t work directly in tech, now is the time to get involved in the AI revolution. Historically, the people and companies that profit the most from emerging technologies are the ones who adopt and invest in them early. Moreover, these early adopters drive further adoption of the technologies, forcing everyone else to catch up.

You can get involved by learning more about how artificial intelligence will transform your industry, whether you work in agriculture, manufacturing, the military, or practically any other industry—AI is coming to disrupt them all. Prepare to be the first among your competitors to implement new AI solutions in your business, and like Amazon, Apple, and Google, you’ll position yourself to win.

For more advice on emerging technologies, you can find Deep Tech on Amazon.

Eric Redmond is the Forrest Gump of technology: a twenty-year veteran technologist who always happens to show up wherever deep tech history is being made, from the first iPhone apps to big data to Bitcoin. He has advised state and national governments, Fortune 100 companies, and groups as varied as the World Economic Forum and MIT Media Lab. He has also authored half a dozen technology books (including two tech books for babies) and spoken on every continent except Antarctica. Today, he’s a husband, a dad, and the leader of a global tech innovation team.

Unlocking the Value of Connected Cars

Comprehensible Distribution of Training and Information...

The Current Focus is On Comprehensive Solutions

Big Data Analytics and Its Impact on the Supply Chain

Carmax, the Automobile Business with IT at the Core

The CIO's role in rethinking the scope of EPM for...

Transformative Impact On The IT Landscape

Get Ready for an IT Renaissance: Brought to You by Big...

Technology to Leverage and Enable

Speed is the Name of the Game

What It Truly Means For IT Security To Bea Business Enabler

Policy is a Key Solution to Stopping Packaging Waste

Congestion-Driven Basis Risk, A Challenge for the Development of...

However, if you would like to share the information in this article, you may use the link below: